Did you know that in 2017, more than 95% of Internet searches conducted in Spain were carried out through Google? This search engine from the Californian firm is, without a doubt, the great dominator of this critical market segment. Its dominating position is overwhelming but the truth is that there are other alternatives, which are mostly unknown to the general public. The following are the other lesser-known search engines as alternatives to Google.

This is possibly the best known and most used alternative search engine. Around 7% of global Internet traffic stems from this Microsoft search engine (data taken from NetMarketShare.com for August 2018), which appears in the Microsoft Edge application by default. Some people may remember the first versions of this search engine, such as MSN Search, which came to enjoy a certain predicament among young people during the 21st century. Bing has features such as videos, images, product support, and location maps.

When talking about alternative search engines, few can compete with the company philosophy of Ecosia. This search engine is based in Germany and aims to save the planet by donating at least 80% of its ad revenue to environmental projects, such as tree planting. In fact, its main claim is that every search helps plant a tree.

This is the most popular search engine in Russia, to the point of channeling just over half of its traffic on the network. Initially, the vast majority of searches were conducted in Russian. In recent years, the search engine has seen the increase in the volume of searches in other languages, enjoying strong appeal in countries, such as Ukraine, Belarus and Kazakhstan.

This is one of the most used search engines by those who want to protect their online privacy. StartPage uses advanced security and confidentiality protocols to hide user search records. It has been in the market for more than twenty years and has additional services such as StartMail, which is a private email service with high encryption.

This search engine also believes in providing full privacy protection for online users. As an incentive for those who use this search engine, the American company is concerned with avoiding personalised and random advertising that characterises other market options. It also uses information hosted on public access platforms to improve the relevance of the web results.

This is one of the oldest and most excellent search engines. In fact, this year Yahoo! Search is celebrating its 25th anniversary. Nearly 4% of global Internet searches are carried out through Yahoo! Search according to NetMarketShare.com, although other statistics place this search engine as the second most used worldwide. It offers numerous advanced search options and has an email service that is widely accepted in the market.

This is a metasearch engine that was introduced to the market back in 2004 with the name of Clusty. After going through several ownership changes, the search engine is currently owned by Yippy, Inc, which recently announced that it would implement the IBM Watson system to manage searches (interestingly, IBM was one of the owners of this search engine for a short period of time). This program uses a combination of algorithms to achieve more accurate results.

One of the least known search engines in the Western world, Baidu has grown the most in recent years due to its strong presence in China. More than 75% of searches made by Chinese users are from Baidu, which has a 9% market share worldwide, making it the second largest search engine on the planet (data taken from NetMarketShare.com ).

Originally launched as a tool for performing a search in the form of a question to find relevant results (Question & Answer), Ask is today a search engine that takes advantage of all the information it generated through its “other” activity. This search engine has received some criticism because its toolbar is difficult to uninstall and it works alongside potentially unwanted applications (installs them without permission). It also has a version for children called, Ask Kids.

As we have already said, online privacy is an issue that worries users more and more. Qwant is a recently launched (2013) search engine based in France, which respects the confidentiality of Internet users. In fact, Qwant is the only EU-based search engine that has its own indexing engine. Therefore, it does not personalise the searches or store information as a result in order to offer relevant results for each user profile. Its business model is based on the commissions obtained when users make a purchase through this search engine. 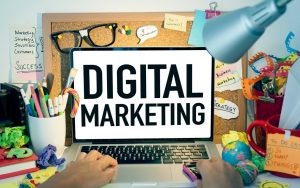 In the opinion of many, professionals who specialise in digital marketing stand out for being unlimited sources of creativity and uniqueness. Undoubtedly, this is the 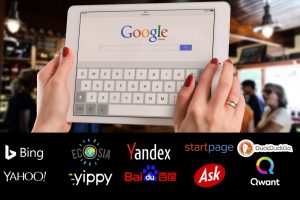 Did you know that in 2017, more than 95% of Internet searches conducted in Spain were carried out through Google? This search engine from the 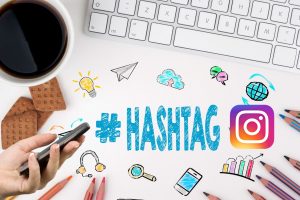 #WorkingHard, #Holidays, #MeetingObjectives, #Shopping, #NoSuccessWithoutEffort, #PerfectVacations … If you have recently visited a social network site, it is highly likely that you have stumbled upon 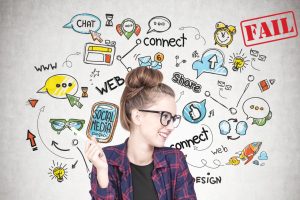 10 things you should never do on your Social Media 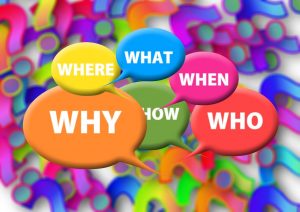 Don’t you have the time to learn languages? Try this!

Many times I hear my friends, relatives or acquaintances saying: “I would love to learn German but I do not have the time“. Or any 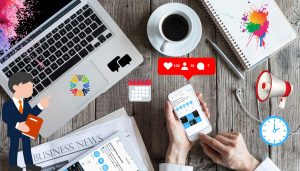